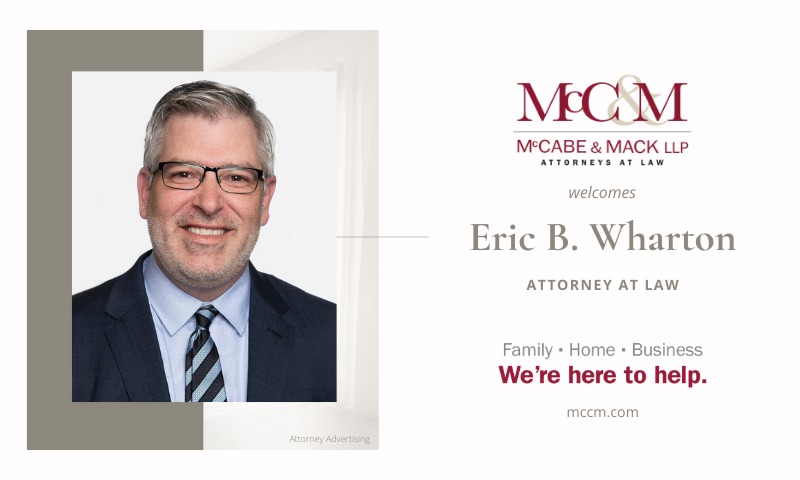 McCabe & Mack LLP welcomes Eric B. Wharton as an associate. Eric, born into a military family, grew up in the Hudson Valley where he attended Newburgh Free Academy. Following completion of his bachelor’s degree in political science at SUNY New Paltz, Eric moved back to the state of his birth to study at the University of Missouri – Kansas City School of Law, in Kansas City, Missouri, graduating in 2016. He was admitted to the New Jersey Bar in 2018 and hired as a trial attorney for the Law Offices of Eric H. Bennett in Hackensack, New Jersey. He was admitted to the New York Bar in 2020.

Eric’s work at McCabe & Mack LLP is focused on insurance defense, personal injury, arbitration, and subrogation. He lives in Walden with his fiancé and two future stepdaughters, and enjoys hiking and spending time with family and friends. He is a fan of the New York City Football Club, a professional soccer team that plays at Yankee Stadium.

This website uses cookies to improve your experience. This may include analytics software to see how people are using the site. By continuing to use this site you agree to this use of cookies. For more information, please review our Privacy Policy.Accept