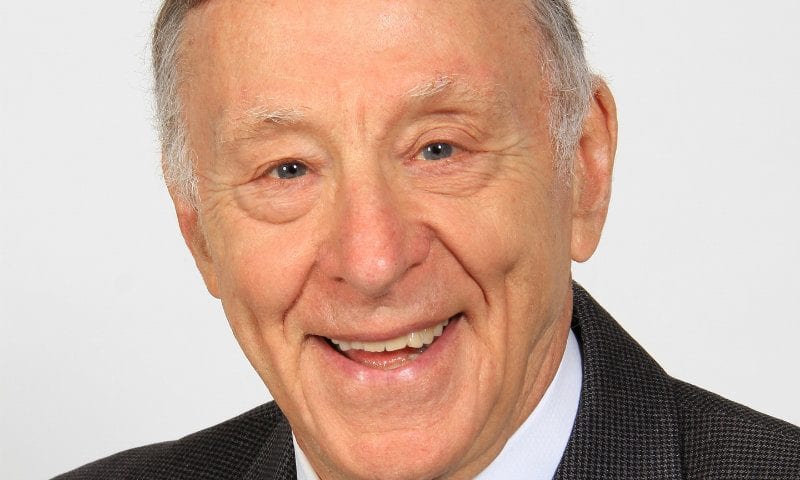 Reposted from The Eleanor Roosevelt Center at Val-Kill

One the most highly respected members of the New York State Judiciary, the Honorable Albert M. Rosenblatt has dedicated his life to public service, first serving the people of Dutchess County as an attorney and judge and later rising to the bench of the NYS Supreme Court. Described as a “people’s judge,” his opinions have been distinguished by their fairness and compassion as well as legal scholarship, and praised for their integrity and ethics. Known for his professional, intellectual and athletic pursuits, Judge Rosenblatt created such a friendly but dignified atmosphere in his courtrooms that well over 90 percent of his cases never had to go to trial. Some of his most notable contributions to judicial practice include creating the Advisory Committee on Judicial Ethics; spearheading jury reform initiatives; and establishing the Judicial Commission on Minorities, the Permanent Judicial Commission on Justice for Children, and the Committee to Improve the Availability of Legal Services.

Judge Albert M. Rosenblatt, counsel to McCabe & Mack LLP, a graduate of Harvard Law School and a judicial fellow at New York University School of Law, is a former County Court judge and New York State Supreme Court Justice who served as a member of New York’s Court of Appeals until 2007. He has vast experience in presiding over trials and appeals, and in negotiating settlements and resolving controversies.

Since 2007, as an American Arbitration Association affiliate and through the law firm of McCabe and Mack LLP, Judge Rosenblatt has mediated and arbitrated matters in New York, as well as nationally and internationally, involving major national law firms.

Attorneys have consulted with Judge Rosenblatt, who has worked with them in drafting briefs and oral arguments in connection with cases before the New York Court of Appeals and Supreme Court Appellate Divisions. In cases involving contracts that called for the application of New York law, Judge Rosenblatt has been called upon to give expert testimony or reports on New York law for courts in England, France, Australia, Cyprus, and Barbados.