When Your Business Partner/Shareholder Quits 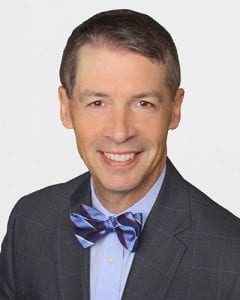 This paper will discuss the considerations that a business owner, partner, manager or other person who has been in a business relationship in an entity or otherwise, receives news that a highly trusted employee, partner, shareholder, or similar team member has either given notice of an intention to “leave the fold”, or has simply left.

For purposes of this discussion, the parties left behind will be the “Remaining Members”, and the party leaving will be the “Former Member”.

The Remaining Members will first be well-advised to consult counsel with any controlling agreements that may have been entered into over the years with respect to the business. This might include the Operating Agreement of an LLC, Shareholders Agreement, any Employment Agreements, or the like. Additionally, loan agreements between lenders and the business should be examined to determine whether the departure constitutes an act of default, and whether any of the members are responsible under guarantees of any indebtedness of the entity.

The Remaining Members will most certainly be interested in preserving any trade secrets, information, client list(s), hard data, equipment, keys, vehicles, etc., that the Former Member may be in possession of. An immediate written demand for the return for any such items should be transmitted in as many ways as possible to the Former Member. Any pass codes, passwords, emails, etc. should be locked down, so as to preserve any proprietary information or confidential information. A computer consultant may be needed to immediately establish whether, prior to departure, protectable data was removed.

On a more substantive note, a question that is frequently asked is whether the Remaining Members can prevent the Former Member from competing in the field in which they previously acted as joint venture, from soliciting customers or clients of the former joint venture, or from using confidential or special information developed by the previously jointly operated business. The answers to these questions will hopefully be found in the documents that the parties signed. Under certain circumstances the Remaining Members may be able to enforce either a covenant not to compete or a covenant not to solicit. The courts in New York typically engage in some level of a balancing test, balancing the organization’s right to protect its property interest developed over a period of time, in information, knowledge or techniques which are not generally known or ascertainable in the community, on the one hand, against the Former Member’s right to earn a living, on the other hand.

Also coming into play is whether the Former Member retains or seeks to retain any interests (shares in a corporation, right to payment of a capital account or other money which he or she may claim is due to him or her from the organization, and the like). The organization’s response to the Former Member may be swift and litigious, if their property interests are great, and the Former Member’s threat to the organization is real and credible. The likelihood of success of such litigation will depend on many factors too varied to discuss exhaustively here, but most important of those factors will be the existence of a written agreement not to compete, not to solicit, or, at a minimum, not to use confidential information against the organization. Absent such an agreement, the process of taking legal action to prevent a Former Member from working against the Remaining Members becomes much more difficult and expensive.